“The U.S. government could have done a lot more” 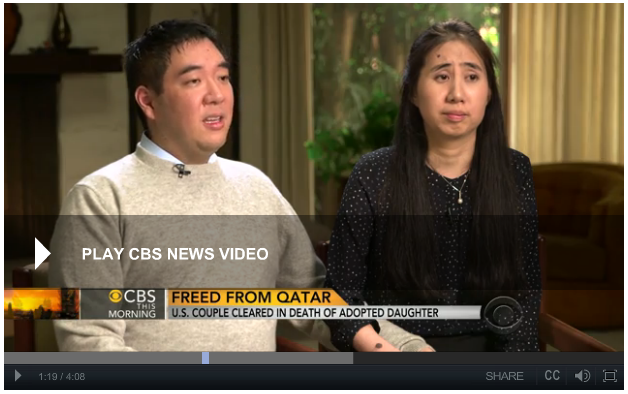 Matt and Grace Huang have returned to the U.S. after a nearly two-year legal battle to win their freedom from wrongful imprisonment in the Middle Eastern country of Qatar. The couple was cleared in the death of their eight-year-old daughter. Then the Qatar officials didn’t want to let them leave. Margaret Brennan sits down with the Huangs for an exclusive interview on “CBS This Morning.”