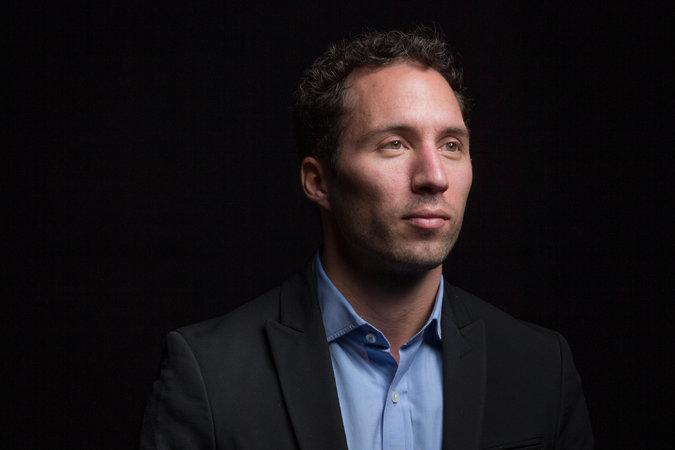 “A lot of people were convinced I was guilty. But there’s only one truth. Facts are facts,” said Eric Volz.
Credit Fred R. Conrad/The New York Times

Turning a Wrongful Imprisonment Into Advocacy

The Saturday Profile
By RICK GLADSTONE

ACCUSED of murder, railroaded through the Nicaraguan courts and wrongly convicted, Eric Volz can be forgiven for not having immediately recognized that his ordeal would become the foundation for his life’s work.

Eventually exonerated, Mr. Volz became a highly sought crisis manager for Americans entangled in criminal prosecutions overseas. His hand is visible in some of the highest-profile cases of recent years.

“I was able to help some people really quickly,” Mr. Volz said. “It was the beginning of the rest of my life.”

He helped free a California couple wrongly accused of killing their adopted African daughter in Qatar, and a Washington man falsely jailed by Nicaragua in a drug case.

He advised the family of Amanda Knox, the Seattle exchange student acquitted in 2011 of a tawdry murder in Italy, on how to decompress from post-prison stress. (Ms. Knox, whose acquittal was overturned on appeal,was exonerated for good by Italy’s highest court on Friday.) And he advised the sister of Kenneth Bae, the Korean-American missionary sentenced in 2013 by North Korea to 15 years of hard labor and freed last November.

For Mr. Volz, it all goes back to his run-in a decade ago with the Nicaraguan authorities.

When he was in his mid-20s, living in Nicaragua and running a magazine for expatriates, Mr. Volz was charged, convicted and sentenced to 30 years’ imprisonment after a Nicaraguan woman, his former girlfriend, was found murdered. The police, prosecutors, judge and most of the news media there ignored evidence that he had been far from the crime scene.

Mr. Volz and a team of lawyers and investigators won a reversal of his conviction on appeal. Nicaragua’s Sandinista government, known for antagonism toward the United States, reluctantly freed him after more than a year. He returned home in December 2007.

Many in Nicaragua, including the victim’s mother, have continued to maintain that Mr. Volz got away with murder. It is still unsafe for him to go back there, he said.

“A lot of people were convinced I was guilty,” Mr. Volz, who lives in Los Angeles, said in a recent interview. “But there’s only one truth. Facts are facts.”

MR. VOLZ chronicled his imprisonment and vindication in a book, “Gringo Nightmare.” His story put him on a path that intersected with fellow Americans in criminal trouble in other countries.

He was approached by lawyers and groups representing innocence movements, a growing area of legal advocacy that seeks to overturn verdicts considered unjust.

In time, Mr. Volz founded a crisis-management business, the David House Agency, named, he said, for “the shepherd who slew a giant and knew he was on the right side of the equation.”

State Department figures show that around 3,000 American citizens are arrested overseas annually. It is unclear how many may have been wrongfully accused.

If nothing else, Mr. Volz said, “most Americans arrested overseas are guilty of being foolish.”

Still, he and others who have endured an unjust foreign incarceration said they believed the arrests partly reflected rising anger toward the United States. Foreign prosecutions of Americans, they said, are in effect a coercive policy tool used by less powerful governments.

“People travel to parts of the world where there is risk, there is danger, and I think the danger is increasing,” said Sarah E. Shourd, an American who was arrested, along with two male colleagues, by Iranian border guards as they hiked along the Iran-Iraq frontier in 2009. All were imprisoned and accused of spying in a legal ordeal that was not resolved for two years.
Ms. Shourd, 36, is now collaborating with Mr. Volz to create a foundation to help the families of Americans imprisoned overseas.

The cost of fighting a foreign prosecution can be extraordinary, a point Mr. Volz said he tried to impress on prospective clients. Families should expect to pay $1 million to $2 million for a process that can take at least a year and carries no guarantees, Mr. Volz said.

He would not specify his rates, but said that they were similar to what a lawyer would charge and that he did about 25 percent of his work for free.

“Justice is resource-intensive and expensive,” he said. “People have to liquidate assets and cash in savings.”

Based in Los Angeles, with a handful of employees, David House is described by defense lawyers as a hybrid of international detective work, legal research, political analysis and diplomatic lobbying, sometimes done to the annoyance of the State Department. Mr. Volz described David House as “a private embassy.”

A onetime aspiring mountain climber, with a boyish face and braces that belie his 35 years, Mr. Volz hardly looks the part of an international troubleshooter.

“He’s really sort of taken off,” said Mark A. Godsey, a professor at the University of Cincinnati College of Law and an authority on wrongful convictions, who directs the Ohio Innocence Project and got to know Mr. Volz after his Nicaragua imprisonment.

“He has an understanding that there’s no playbook for this sort of thing,” Mr. Godsey said. “You sort of have to go through it to understand, go through all these dynamics to right an injustice.”

ONE of Mr. Volz’s first cases was in the country he had left — Nicaragua. Jason Puracel, a real estate broker from Tacoma, Wash., who had started a family with a Nicaraguan woman, was sentenced to 22 years in prison in 2011 on accusations of money laundering and drug trafficking.

Not only did prosecutors fail to produce evidence, but co-defendants said they did not even know Mr. Puracel. David House and the California Innocence Project, a program at the California Western School of Law, helped organize a defense that included public pressure on Nicaragua for what they called a fabricated case. Mr. Puracel was freed in 2012.

Mr. Volz said he had been hired because “I was the only one who knew the process.”

His business motto, he said, is to be “unseen in all the right places.”

His biggest victory so far was with Matthew and Grace Huang, an American couple of Asian descent from Los Angeles living in Qatar. They were held there for nearly two years, accused of having fatally abused their adopted daughter Gloria, 8. She died in January 2013 after not having eaten for days.

The child had an eating disorder and other health issues from her deprived upbringing in Ghana. She also had a naturally scrawny build that prosecutors assumed was evidence of starvation. Suspicious of multiracial families and adoption, which are unusual in Qatar, they regarded the Huangs as probable child traffickers.
Again working with the California Innocence Project, Mr. Volz helped assemble a defense that included evidence that the prosecution had faked a pathology report on the cause of Gloria’s death.

Mr. Volz fought aggressively for the Huangs, including securing a private meeting with Qatar’s attorney general. He also pressed American diplomats in Qatar, who in his view were reluctant to offend the Qataris, hosts to the biggest United States military air base in the Middle East.

“David House is effective at raising the public profile of a case and therefore applying pressure on governments that may help in some instances to get speedier attention,” said one official, speaking on the condition of anonymity. “But the political frame through which they see the world isn’t necessarily always the correct one.”

Mr. Volz rejected such criticism. “My job is to represent the best interest of the client,” he said, “and if that’s at odds with the State Department, so be it.” He said he felt vindicated on Nov. 30 when a Qatari appellate judge dismissed the Huang case.

Perhaps his most important contribution in that case, he said, was showing the appellate judge a photograph of a Ghanaian runner, as emaciated-looking as Gloria. That photo, he said, probably convinced the judge that she had not been starved.

“You just have to know how to use the truth,” Mr. Volz said.